The Small Cold Valley was already visited in the early 18th century.  Shepherds, hunters, treasure seekers, scientists and also turists used mainly „Ohnisko“ a large stone in the middle of the Valley, as a place for relax. The first walking trail was created in 1875.

The Téry Hut was built in 1899 by the Hungarian Carpathian Association on the initiative of Edmund Téry (1856 – 1917), a doctor based in Banská Štiavnica and a pioneering mountainer who significantly contributed to enhance hiking and tourism in The High Tatras. He had already visited the Small Cold Valley as a young student and as a 20-year-old made the first ascent of the peak Prostredný hrot. He also promoted the construction of the Hut in the press as a Hungarian Carpathian Association official.

The project was designed by Gedeon Majunke, a distinguished architect from Spišská Sobota. More than 50 tons of materials had to be transported up to the Hut on the backs of carriers and a total of 125 workers were engaged. The official opening ceremony took place on 21 August 1899.

It was the highest altitude mountain hut in Hungary until 1933. Since 1936, it has been the first high altitude hut in The High Tatras opened all year round. In the interwar period, the Hut was run by the Czechoslovak Tourist Club, during and after the Great War by the Slovak Tourist and Ski Club. In 1944, the Hut was in charge of students of Slovak universities – mountainers who hid Polish resistance fighters and refugees from former Soviet Union.

In 1983-84, the Hut underwent a major reconstruction but its typical layout, designed by Majunke at the turn of the century, was preserved. 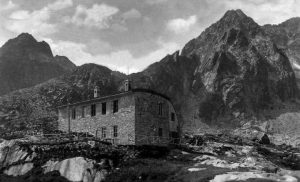 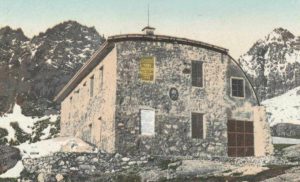 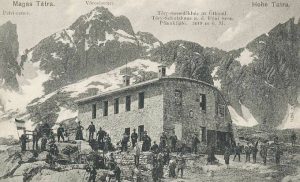 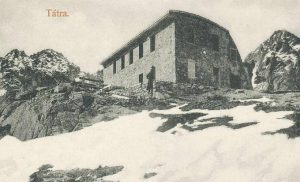 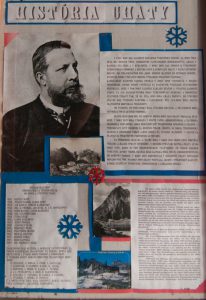